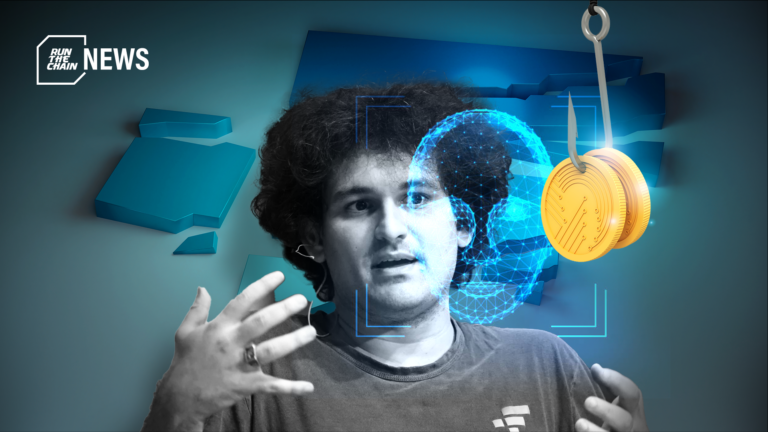 A scam featuring a deepfaked video of Sam Bankman-Fried has surfaced, pointing to a website that has the potential to steal assets from unsuspecting users.

Scams are no new news to crypto, but scammers are always finding new ways to syphon funds from other users.

Amongst the lofty promises include offers to send FTX victims double the amount of Bitcoin or Ethereum that they send over to the account. Although convincing at first, users soon realised the video was a “deepfake”.

The “deepfake” video – a portmanteau of “deep learning” and “fake”, is a method of creating images or videos that replace existing footage with something else entirely. Videos that have been deepfaked are manipulated with machine learning and/or AI, often with the intent to deceive.

Over the weekend, a verified account posing as FTX founder SBF posted dozens of copies of this deepfake video offering FTX users "compensation for the loss" in a phishing scam designed to drain their crypto wallets pic.twitter.com/3KoAPRJsya

The now-suspended account @S4GE_ETH was apparently ‘verified’, causing people to believe that the video was real. Turns out, the scammer was able to take advantage of a verification system that new Twitter CEO Elon Musk had put in place.

If someone bought a blue check for $8 USD, they were able to be verified. Parodies and scams on Twitter soon overflowed, thanks to purchased Twitter credibility.

According to investigators, the video was sourced from an old SBF interview, and was modified with deepfake technology to create a video that seems real.

The video features the former CEO announcing that he is apparently offering free crypto for anyone who has been affected by FTX’s bankruptcy.

“Hello everyone. As you know, our FTX exchange is going bankrupt,” the deepfaked version of Bankman-Fried said, in a voice similar to SBF’s – yet in a more robotic manner. “But I hasten to inform all users that you should not panic.

As compensation for the loss, we have prepared a giveaway for you in which you can double your cryptocurrency. To do this, just go to the site ftxcompensation.com.”

The website, decorated with a blurry photo of SBF featured promises to give away up to $100 million worth of BTC and ETH combined. Additionally, users pointed out that what was written was not quite grammatically correct, with “instruction for participate” displayed on the site.

“We sympathise with everyone who has been affected by our FTX exchange,” the scam website claims. “We decided to run a 5,000 BTC & 50,000 ETH giveaway for all crypto holders!”

In this scam in particular, actors claim that if you send any amount of crypto to a certain wallet, you’ll get double the amount back – or more. However, scammers usually end up pocketing the funds, using crypto’s pseudonymity to their advantage.

This type of scam is pretty common in the crypto world, with a few tweaks here and there. In this case, a deepfaked video was used by scammers as a cherry on top for the process.

One of the more famous examples – and high-profiled – happened in July 2020 where a perpetrator (later identified as British citizen Joseph James O’Connor compromised the Twitter accounts of public figures such as Joe Biden, Barack Obama, and Elon Musk, to share this type of scam. The result? More than $100,000 in crypto was raked in from the heist.

At the time of writing, the Ethereum wallet address listed on the SBF-based scam site is reported to take in approximately 1.2 ETH (worth around $1,340) over the past few days. On the other hand, the scam site’s Bitcoin wallet shows zero transactions conducted, to date.

The aftermath of FTX’s collapse brought it to file a Chapter 11 bankruptcy protection on November 11. A few days before, rival exchange Binance announced that it has considered an FTX buyout to protect the doomed exchange from a ‘liquidity crunch’.

The deal soon fell through, with Binance finding out that FTX had liabilities of over $10 billion – with more than $3 billion to be owed to its 50 largest creditors.