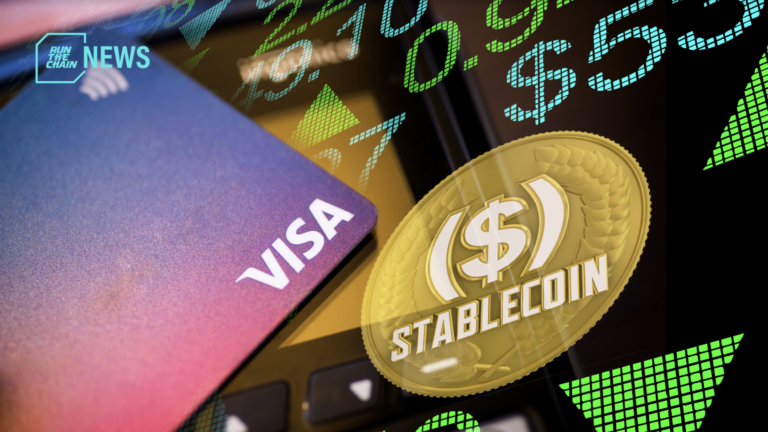 Visa’s CEO is confident that stablecoins and CBDCs may be a significant player in the future of payments.

Visa’s outgoing CEO Al Kelly has doubled down on his stance that blockchain technology can provide solutions to power the next generation of payments – particularly in stablecoins and central bank digital currencies (CBDCs). Kelly will officially step down on February 1, 2023.

“It’s very early days, but we continue to believe that stablecoins and Central Bank Digital Currencies have the potential to play a meaningful role in the payments space, and we have a number of initiatives underway,” said Kelly.

“We’ve had an immaterial amount of investments in crypto funds and companies as we seek to invest in the payments ecosystem,” the outgoing CEO added.

Kelly also confirmed that Visa hasn’t been shaken by the crypto industry’s “high-profile failures” in 2022, saying “we’ve had no credit losses related to these failures […] In everything we do, please know that we’re extremely focused on maintaining the integrity of Visa’s payment system and the payment system in totality and of course, the reputation of our brand standing for trust.”

Visa has worked on several crypto initiatives over time.

Since September 2021, Visa has begun working on bringing the blockchain to its services via a blockchain interoperability project to support the adoption of stablecoins and CBDCs, but not much has been publicly updated in over 12 months.

Titled the Universal Payment Channel (UPC) initiative, Visa’s research team was tasked with designing and implementing a “network of networks” for CBDCs and private stablecoins to pass through various payment channels.

In other news, Visa proposed on December 20 2022 a scheme for automatic bill payments for Ethereum wallets. In the blog post, Visa’s crypto thought leadership team wanted to craft a solution for providers to automatically “pull” funds from users’ self-custodial Ethereum wallets, without any manual signing for each and every transaction.

Late last year, Visa launched several “zero fee” cryptocurrency debit cards with Blockchain.com, which has been ongoing from October 26, and had partnered with FTX for a similar program – which has since been terminated.

As Al Kelly steps down, Visa president Ryan McInerney will take the role of CEO from February 1. Kelly will remain at Visa as executive chairman.

Visa’s crypto-optimism won’t die down yet upon the change of leadership – McInerney also appears to be bullish on blockchain-powered payment solutions. In a November interview, McInerney says that Visa is continuing to explore where crypto payments can be best used, and that the company still has “$14 trillion of cash out there being spent by consumers that can be digitised.”