What Could Go Wrong With The Merge? 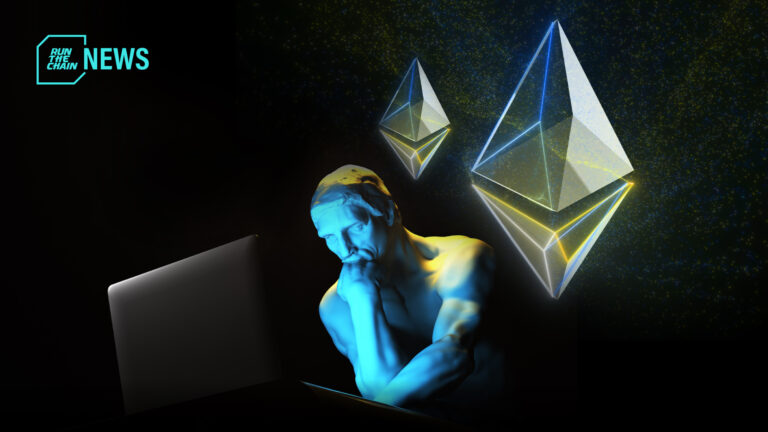 The Merge refers to Ethereum’s transition from a consensus mechanism of Proof-of-Work to Proof-of-Stake, which is set to occur between September 10 and 20.

As all eyes are set on this historic upgrade, but what could go wrong with the Merge – considering Ethereum has the second-largest crypto by market cap, which has over half of all DeFi activity built upon it?

The Merge could be a nail-biter because a lot could potentially go wrong. Software bugs or exploits might exist, or miners might create an alternative Ethereum network. A problem during a 2020 network upgrade caused Ethereum to split in half, causing chaos in its developing DeFi ecosystem, which consists of apps that enable individuals to trade, borrow, and lend without using mediators like banks.

As a precaution against any looming issues, centralised cryptocurrency exchanges like Binance and Coinbase will suspend deposits and withdrawals of Ether (ETH) and ERC-20 Tokens during the Merge. If an issue arises, DeFi apps may also pause.

Coinbase product manager Rezaiean-Asel reassured investors that “although the Merge is expected to be seamless from a user perspective, this downtime allows us to ensure that the transition has been successfully reflected by our systems.”

He added: “We do not expect any other networks or currencies to be impacted and expect no impact to trading for ETH and ERC-20 tokens across our centralised trading products.”

There’s no need to be concerned, according to the developers, who are confident that the Merge won’t affect app functionality or asset security. However, the uncertainty surrounding the event may increase instances of scammers taking advantage of uneducated people, and in the months and years ahead, the effects of the Merge may have long-term political and even legal repercussions.

The merge will take around 12 minutes to complete. About 150 Ethereum developers will be on high alert for those 12 minutes, searching the merge’s software for any problems. If any problems were found, they would be immediately fixed, and they would merely slow down transactions, not compromise the safety of users’ assets.

There is a chance that all digital assets now constructed on Ethereum may be copied when the network merges because a campaign has formed to fork, or split, Ethereum and preserve a different, PoW version of the network.

The post-merge PoS Ethereum network will host the “genuine” versions of NFTs and stablecoins; copies of those assets will also be present on the new, forked proof-of-work network, assuming it emerges.

While the value of these copies will be less than the legitimate copies stored on the PoS network, owners might still be tempted to sell the surplus tokens for reward.

But scammers might exploit these duplicates in a way that would allow them to steal the more valuable version on the new PoS Ethereum blockchain. A hacker may mimic that transaction on Ethereum and deceive the blockchain by creating a seemingly authentic record of a phony transaction right after the comparatively worthless “copied” asset is sold on the forked chain.

However, such an attack would only ever succeed if the duplicated item on the forked chain and the “genuine” asset on the Ethereum blockchain both had the same chain ID.

Chandler Guo, the creator of ETHPoW, which was by far the most well-known attempt to fork Ethereum during the merging, confirmed to Decrypt that his network would modify all chain IDs on its blockchain to thwart such attacks.

The Merge itself also raises a few potential legal issues. As the U.S. Treasury Department sanctioned Tornado Cash and blacklisted a few wallet addresses last month, might a person who was to validate a block of Ethereum transactions be guilty of a crime if the user has a blocked wallet address?

This tension might soon reach a breaking point since the bulk of Ethereum transactions will be verified by a small number of prominent corporations with significant operations in the United States. The CEO of Coinbase recently said that his company would stop engaging in staking if compelled to censor blocks. However, other businesses might not be as willing to quickly reject such a profitable offer.

With financial, legal, and political ramifications on the line, the Merge is not something that would be executed lightly and what could go wrong with the Merge is a question that’s been deeply considered by its developers.