What Does the IRS Have to Do with FTX? 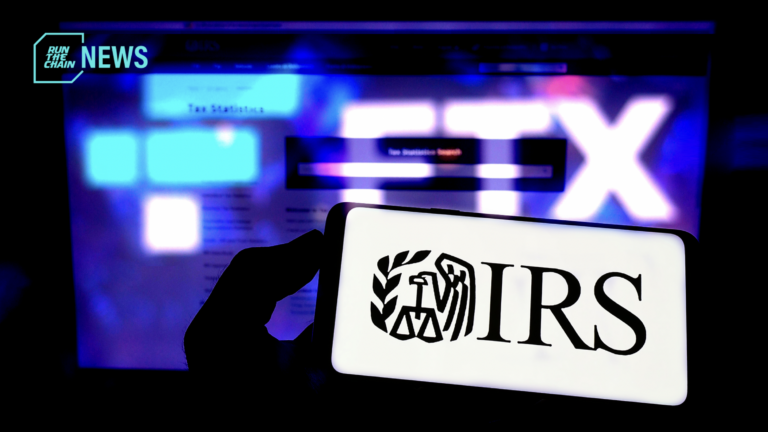 Tax experts say that the IRS has a good reason to assign an attorney to the FTX bankruptcy case.

While the crypto industry has experienced a flurry of bankruptcies, the FTX Chapter 11 bankruptcy proceeding is the only one that has a US Department of Justice (DoJ) attorney assigned to represent the US Internal Revenue Service (IRS).

However, there hasn’t been much news on what the IRS is exactly looking for in the case. It’s also not clear whether the IRS is looking to press its own charges against FTX.

FTX’s bankruptcy was filed on November 11 as a result of freezing withdrawals to stay alive after seeing billions of assets withdrawn from the platform. Being the most high-profile – and sudden – crypto bankruptcy to date, FTX’s $8 billion collapse caught the attention of US regulators and law enforcement, spurring various legal measures to be taken effect.

Since the bankruptcy, FTX’s ex-CEO and founder Sam Bankman-Fried has been arrested and charged with eight financial crimes. As events unfolded, Caroline Ellison and Gary Wang – both top members of FTX’s inner circle, have already pleaded guilty and are cooperating with prosecutors prior to Bankman-Fried’s trial amongst widespread wariness over crypto.

As a result of FTX’s implosion, the US Federal Deposit Insurance Corporation (FDIC), Federal Reserve, and the US Office of the Comptroller publically released a statement two weeks ago warning that crypto isn’t “safe and sound.” On top of that, the White House has announced that there needs to be stronger oversight over cryptocurrencies.

Upon these factors, it’s hardly surprising that the IRS is keeping watch on events regarding FTX. However, according to Miles Fuller, TaxBit’s director of government solutions, the IRS has plenty of reason to involve itself further in FTX’s bankruptcy.

Having worked 15 years as an attorney at the IRS before joining tax software and crypto account firm TaxBit, Fuller says that the IRS is eager to grab their hands on any high-profile tax matter.

“If there was some very administrative thing that just needed to be handled, the Department of Justice’s tax division is like, ‘Yeah, we don’t care about that. We’ll let you guys handle that,’” Fuller said. “But for any sort of really substantive tax related matter or high profile tax matter, they say, ‘No, no, we want to do that.’”

The IRS has previously shown interest in customer data from major crypto exchanges such as Coinbase and Kraken, and Fuller has another hunch on what’s to come from the IRS.

It may be quite the guess, but from this history the IRS may also be in the works to get FTX’s customer list – which FTX has been given permission to keep private for another three months. The IRS has previously issued John Doe summons to investigate potential tax evaders to Coinbase, Kraken, Circle, and SFOX.

Optimistically, the IRS could also be working on forms of guidance for customers who have lost big time due to FTX, or other crypto meltdowns, so that they can claim their assets at a loss without waiting for the complete results of a bankruptcy proceeding.

Customers can see a similar rule to the IRS’s scheme for victims of theft and Ponzi schemes created in 2009, after the Bernie Madoff case – where former NASDAQ chairman Bernie Madoff revealed his wealth management business was an elaborate $64.8 billion dollar Ponzi scheme – the largest in history.

But Lisa Zarlenga, a tax attorney and partner at Steptoe & Johnson in Washington DC, isn’t quite sure that the IRS wouldn’t be kind enough to FTX victims.

“You’re probably still in limbo because you’re gonna have to wait for the bankruptcy to play out. You could recover something, and so it’s not really a closed transaction yet. They haven’t actually incurred the loss,” said Zarlenga.

Zarlenga feels that most FTX customers would prefer to wait to see what they can get from the bankruptcies, adding that the IRS may also be in queue to file its own claim. According to Zarlenga, FTX – or one of its 130 entities – could owe the government money.

To add to the matter, the IRS yet doesn’t have any clear lines made on how users can claim their crypto back or how that can play into law. The IRS considers crypto “capital assets” and property, whereas the US Securities and Exchange Commission (SEC) hasn’t quite yet formally declared whether crypto is within the asset class realm of securities.

As thousands of FTX users are left with frozen investments, unable to realise a loss for tax purposes since they cannot make a sale nor an exchange, few options are left for US-based users hit by crypto bankruptcies in order to claim losses for taxes – until FTX’s bankruptcy case proceeds further.