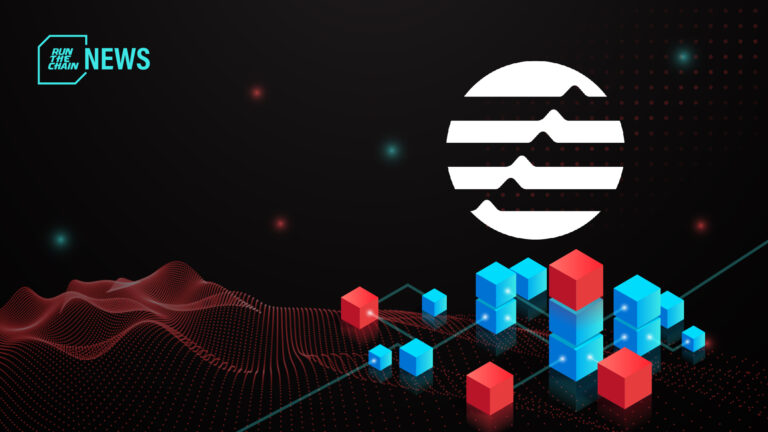 The supposed mystery and danger that surrounds the idea of blockchain technology still puzzles and pushes away many people.

Even now, despite a wealth of knowledge on the topic being easily available, when people hear about blockchain technology, it often leaves them with confusion and doubts about whether it is safe and reliable.

With the mission to create the safest and most scalable L1 blockchain on the market, Aptos Labs, is seeking to achieve the next production-ready blockchain with the potential to reshape the landscape.

Having recently received a Series A funding of $150 million, led by FTX Ventures, Jump Crypto, and many other industry pioneers, the funding is a testament to the future Aptos Labs looks to create. The Aptos team has raised total funding of $350 million, further realizing the Aptos Vision!

As they put it: “Our mission is to create universal and fair access to decentralised assets for billions of people.” Here, we’ll take a deep dive into what Aptos is trying to achiece and uncover whether it has the potential to seriously impact blockchain tech as we know it.

Who is behind Aptos Labs?

To better understand the Aptos ethos, looking at the members behind Aptos Labs is crucial. The Aptos Labs team is an experienced group of creators, PhDs, researchers, designers, and builders.

Having had previous experience with Diem (formerly Libra), a blockchain with a comparable vision to Aptos Lab, the team’s ambitions have finally been realised with Aptos. The team also possesses experience from Meta (formerly known as Facebook), one of the undoubted pioneers of social media and Web2.

Does the failure of Diem suggest a similar outcome for Aptos?

The results of Diem do not suggest a similar outcome for Aptos. On the other hand, it creates a more compelling case for the team as it displays their strong conviction in blockchain technology, despite the failure. While Diem did not succeed, Diem’s many ideas and beliefs still live on with Aptos.

What is Aptos Labs?

Aptos is an L1 blockchain that looks to achieve absolute safety, extensive scalability, and credible neutrality. By using Move, a language originally used to develop Diem, the blockchain has the vision to create a universal and fair blockchain for all. Unlike other blockchains, Aptos is not starting from scratch. With a strong understanding of the future of blockchain, Aptos uses the same ideas and technology previously for Diem. The

The Architecture of Aptos Labs:

It’s crucial to point out the BFT consensus protocol when speaking of the Aptos architecture. With the fourth iteration of Aptos’s Byzantine Fault Tolerant (BFT) engine, it can achieve sub-second finality via its parallel execution engine.

The BFT consensus protocol will analyze on-chain states and then automatically update validator rotations which adjust for non-responsive validators without requiring humans and maintain the network’s decentralization. At the time of writing, Aptos can reach 130k transactions per second (TPS) with 32 cores in an execution-only (without consensus) benchmark on devnet.

To dive deeper into the Aptos network, take a look at the dev guide.

Without getting too much into the technical side of things, Move is essentially an executable bytecode language. The program’s main purpose is to serve a function of smart contract implementation and custom transactions. The language is a safe and flexible way to address the main issues for cryptocurrencies concerning scarcity and ownership.

If you’re interested in learning about the Move language, you can learn more about it here.

Aptos incentivised testnet can be seen below:

Aptos recently concluded IT2 on July 22, 2022. If you wish to follow the team’s progress on its incentivized testnet, you can check out their dev docs or medium!

Recently on June 29th, 2022, the Aptos Labs team announced a grant program. The program aims to further accelerate the growth of the Aptos ecosystem.

Since the developer testnet in March of 2022, the team has garnered millions of transactions executed, tens of thousands of spun-up nodes, and more than 1,500 forked Aptos-core repositories. Not to mention, there are also over 100 projects currently building on the network with a wide variety, including but not limited to DeFi, NFTs, gaming, and many more.

The network has been joined by talented teams such as Pontem Network, Macalinao brothers, Nutrios, PayMagic, MartianDAO, Solrise, and many others. Many projects are working and preparing for the Aptos mainnet that will occur at the end of September! The program aims to offer all teams, individuals, and creators from around the world to further develop the Aptos ecosystem. If you’re interested in learning about the Aptos Grant program, check it out here.

What is Aptos? Concluding Thoughts:

The Aptos team has come a long way. While the team wasn’t able to succeed at first, their constant drive and vision to build a universal blockchain that is safe and accessible to all has finally been made possible.

It’s clear that the community is doing well as they have hosted hackathons and recently reached 20,000 operational nodes during its recent devnet. More importantly, the raising of a total funding amount of $350 million further solidifies the exemplary work that the team has been doing.

*This article does not serve as financial advice