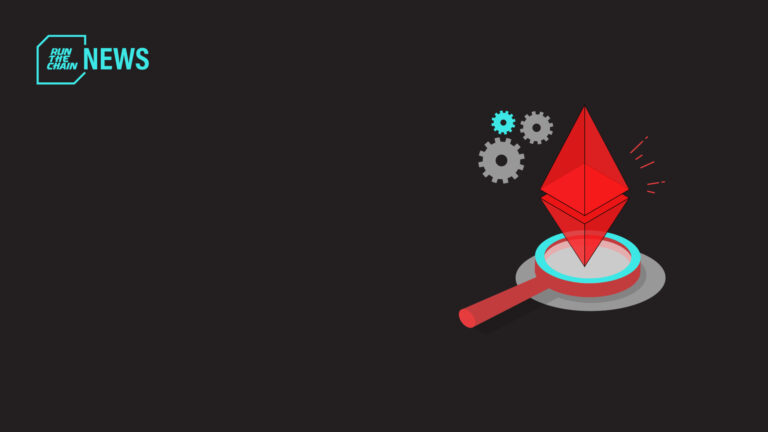 If Bitcoin is digital gold then what does that make Ethereum? For starters, Ethereum is a network capable of far more flexibility than Bitcoin.

It serves as the framework for more than 3,000 decentralised applications (DApps) that run on the chain, all powered by Ethereum’s native token, Ether.

These DApps are independently developed and launched on the network, which is why Ethereum is referred to as “programmable money”.

There is no network in crypto that has seen more development than Ethereum. None other experiences greater transaction volumes. This huge usage has brought the value of the Ether token (in totality) above $350 billion.

Ethereum was first conceived in 2013 in a whitepaper written by Vitalik Buterin, who felt the ability of Bitcoin was rather limited. He thought of a decentralised network that could host all sorts of other applications that had utility beyond simply money; a network that could even host real world assets on-chain.

Thus, Ethereum was developed as a blockchain that contained executable smart contracts to be used by developers. It was finally launched in July of 2015 when the Genesis block was created.

In 2016, a decentralized autonomous organisation (DAO) built on the chain raised a record $150 million in a crowdsale. The DAO was exploited allowing an unknown hacker to take $50 million from the organization.

This represented a massive theft relative to the comparatively small size of the industry in 2016. The Ethereum community took the controversial decision to disregard any blocks mined after the hack and effectively returned the stolen funds.

This caused a fork in the network with Ethereum Classic continuing to regard the theft as a valid transaction and continuing the chain without reappropriating the stolen funds.

Importantly, this event marks a point where Ethereum had to adapt to provide a better service for its users. This is something that has become a hallmark of its development.

Just like Bitcoin, Etehreum is a proof-of-work blockchain. However, the Ether token derives its value because it is used to fund a massive ecosystem of different financial processes offered by the chain.

Developers can use the Ethereum network to create their own protocols and offer users new ways to use their money.

Money can be loaned, borrowed, and used to earn interest all completely trustlessly. Each new protocol is powered by a native token released by its developers. These tokens are known as ERC-20 tokens.

An ERC-20 token, is a token developed on Ethereum that powers a specific protocol. In order to use the protocol, Ether must be traded for the ERC-20 token.

For example, if a developer releases an DApp that allows investors to borrow money, the loan will be paid out in the DApp’s native token.

ERC-20 tokens have a wide variety of uses with many of the more complex DApps needing multiple different tokens to properly function. Currently, there are over 500,000 different ERC-20 tokens on the Ethereum network.

Another type of token exists on the Ethereum network. One that has seen an explosion of interest over the last two years. EIP-721 tokens are non-fungible tokens, or NFTs.

Unlike ERC-20 tokens, they cannot be divided into smaller parts and are instead used to represent a specific asset on-chain.

These have risen into the public consciousness for their ability to represent digital collectibles. However, they can also be used to represent real world assets on-chain. This gives a whole new dimension to the Ethereum network as it is no longer limited to the digital space.

Where Does Ether Derive its Value?

Every time there’s a transaction on Ethereum, every time any ERC-20 or ERC-721 get transferred, every time a protocol moves any kind of capital on the main Ethereum chain, gas fees must be paid. Gas fees are the transaction fees on the Ethereum network and these are always paid in Ether.

A portion of this fee is paid to node operators. The rest is “burnt” (sent to an address that it can’t be retrieved from). This is where the Ether currency derives its value. The entire ecosystem that is built on the network depends on Ether to function.

Every transaction on the network creates buying pressure on the Ether token and thus, makes it valuable.

The Future of Ethereum

Unlike Bitcoin, Ethereum is always evolving. Last year saw the arrival of EIP-1559, which changed the mining and monetary policy of Ethereum. This update also introduced the burn mechanism, creating a direct link between the price of Etehreum and network usage.

This year will expect to see the biggest change in Ethereum’s history implemented. Ethereum will transition from a proof-of-work blockchain to a proof-of-stake one. This change will decrease the energy usage of the entire network to a fraction of what it currently is.

These shifts in policy are not uncommon with Ethereum. They have an active team of developers and the direction of the network is still very much guided by Vitalic Buterin. High gas fees are regularly an issue. They are always looking to make the network cheaper and quicker to use.

Ethereum is also capable of evolving outside of any changes to the core operating system. As the ecosystem grows, protocols are introduced on-chain that can help the system run more efficiently. Roll-ups are a great example of this.

These protocols package many different transactions together before sending them to the main chain. This second layer of transactions massively reduces the cost of moving funds on Ethereum.

There is a bit of a rivalry between Bitcoin and Ethereum but really, the two networks fulfill radically different needs. Whereas Bitcoin is a straight substitute for gold, Ethereum is a network that wants to decentralize every facet of the financial system. This is why many people see it as a more revolutionary tool.

So revolutionary in fact, that it has even spawned a few clones, one of which is the Binance Smart Chain, which is the subject of our next lesson.