What is the Ethereum Merge? 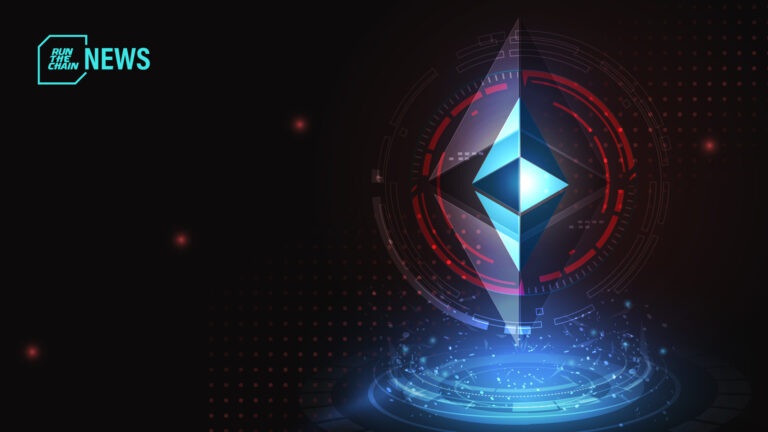 Efficiency and energy consumption have been long-held criticisms of how the blockchain processes transactions. The Ethereum Merge seeks to change this.

Amid all the current market turmoil that crypto is experiencing right, there’s one major development that’s been slowly surely been worked on in this space – for sevens years, no less: Ethereum’s long-awaited “Merge,” which will finally occur on September 15.

The TERRA/LUNA collapse, along with that of Celsius – those being arguably the most high profile – has dictated much of the public discourse about the safety of crypto, not as a technology, but more so gold-rush like frenzy to make in impact in the space in the short-term.

This, compounded with the relative immaturity of blockchain as a technology – and this is before we even start to talk about energy consumption.

None of this is to put you off engaging with these technologies. On the contrary, they’re proven time and again to be positive disrupters and The Merge has the potential to address some of cryptos most grevious concerns.

Ethereum’s move to ‘2.0’, if it fulfils it’s promises, could be a huge turning point.

One of the most exciting features of 2.0 is that it will move Ethereum away from the energy-intensive “proof-of-work” system it currently uses to “proof of stake”.

Why is that good?

Essentially, proof-of-stake is a system that promises to make the network 99% more energy efficient, while also increasing security and processing speeds.

The Merge is a complicated, years-long technological endeavour that’s seen countless delays and yet its eventual. Today, we’re going to talk about why it matters so much and hopefully get you up to speed on what is the Ethereum Merge.

Proof of work is the original crypto “consensus mechanism.” Originating with Bitcoin, it allows many computers across a decentralised network to agree on which transactions are legitimate.

Currently, it’s also the process Ethereum uses to mint new coins. The problem with proof-of-work is that it requires a huge amount of processing power which comes from virtual “miners” around the world who compete to solve a time-consuming math puzzle.

The winner gets to update the blockchain with the latest block of verified transactions and is rewarded with a predetermined amount of new ETH.

The rise of DeFi and NFTs means there’s a whole lot more network traffic on the blockchain, which means we’re seeing bottlenecks because of bandwidth limitations.

Also not great is the unpredictable spikes in transaction (or gas) fees.

Proof-of-stake blockchains are used by low-fee Ethereum alternatives like Solana and Avalanche and are designed to be faster, less resource-intensive, and theoretically more secure.

Instead of requiring energy-intensive miners, proof-of-stake networks rely on “validators.” These validators contribute their own ETH to a “staking pool” to give themselves a chance of updating the blockchain with the latest verified transactions.

If they’re chosen, they earn newly minted tokens and pocket a share of the transaction fees.

So…. What is the Ethereum Merge?

But, hundreds of thousands of validators have already staked more than 10 million ETH — and with the upgrade, the Beacon Chain will merge with the existing proof-of-work chain.

When this happens, it will begin taking over the work of validating new transactions and issuing new ETH.

When the Merge happens, Ethereum’s proof-of-work blockchain will begin degrading — a milestone known as the “difficulty bomb.”

After this date, the proof-of-work blockchain will begin operating more slowly, which is meant to incentivize existing miners to become validators on the new blockchain.

That said, the Merge has been in the works since 2015 and has seen numerous delays over the years.

In the event of testing issues, it’s said the merge could be forced to be delayed once more.

Why the Merge matters…

Ethereum’s smart-contract compatible blockchain powers everything from DeFi to Bored Ape Yacht Club. However, the tsunami of resulting traffic has bogged down the network, causing fees to soar and inspiring a host of new competitors.

This is why the Ethereum Merge is one of the most anticipated technological events in the history of crypto.

Post-merge, Ethereum’s developers are gearing up for a series of changes that will further transform the second-biggest cryptocurrency by market cap, including splitting the network across 64 “shard” blockchains, which should mean vastly increased transaction speeds — and much lower fees.

What could go wrong with Ethereum’s Merge?

The Merge could be a nail-biter because a lot could potentially go wrong. Software bugs or exploits might exist, or miners might create an alternative Ethereum network. A problem during a 2020 network upgrade caused Ethereum to split in half, causing chaos in its developing DeFi ecosystem, which consists of apps that enable individuals to trade, borrow, and lend without using mediators like banks.

As a precaution against any looming issues, centralised cryptocurrency exchanges like Binance and Coinbase will suspend deposits and withdrawals of Ether (ETH) and ERC-20 Tokens during the Merge. If an issue arises, DeFi apps may also pause.

There’s no need to be concerned, according to the developers, who are confident that the Merge won’t affect app functionality or asset security.

However, the uncertainty surrounding the event may increase instances of scammers taking advantage of uneducated people, and in the months and years ahead, the effects of the Merge may have long-term political and even legal repercussions.

The Merge will take around 12 minutes to complete. About 150 Ethereum developers will be on high alert for those 12 minutes, searching the merge’s software for any problems. If any were found, they would be immediately fixed, and they would merely slow down transactions, not compromise the safety of users’ assets.

What to do if you’re a Trader

There are some traders who are looking to maximize their Ethereum before the Merge. The hope is that, because of miners maintaining the PoW chain, ETH may still retain some of its value on the old chain. So the plan is to swap any other asset to ETH in advance of The Merge.

Well, maybe. A couple of problems, the more people who do this, the more ETH there will be on the old chain and the more people trying to sell it. There really is no guarantee that ETH PoW won’t go to zero in terms of value.

On top of that, it is likely to be a very volatile time for ETH. Nobody knows what will happen. If you’re swapping out stablecoins to buy ETH, and its value drops, there is no guarantee that the value of your ETH PoW will make up for the loss.

There is logic to this idea but don’t let anyone tell you it’s risk free. This isn’t financial advice but exercise caution as always.