What will the Merge Change About Ethereum? 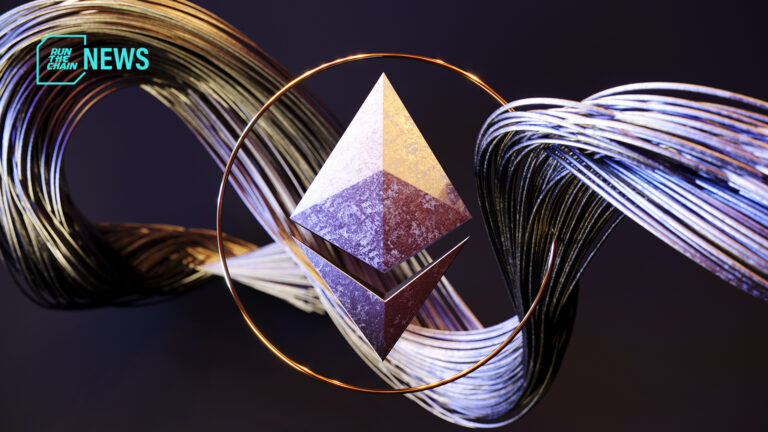 Although Ethereum’s Merge event will have huge effects on the network, it wouldn’t quite change anything – just yet.

As of writing, estimates for the much-delayed event keep getting pushed back, as PoW hash rates seem to go down, with guesses that the transition from proof-of-work to proof-of-stake will happen at 5 a.m. UTC.

The Merge is a pretty big event – and is on the eye of not only market watchers, but the tech industry at large. As Ethereum switches from a PoW to PoS consensus mechanism, the blockchain network will gain many benefits: with the most famous being that Ethereum’s energy consumption will be reduced by 99.95% to benefit its sustainability and security.

The Merge will also give way to further development of the Ethereum network, being a step in the roadmap towards further network scalability and capacity.

.@VitalikButerin claims that #Ethereum will be able to to process "100,000 transactions per second", following the completion of 5 key phases:

A quick breakdown of what each stage means for $ETH. 👇 pic.twitter.com/FnaWww8mHZ

In a nutshell, PoS Ethereum will give the ability to produce blocks on the blockchain to whoever  locks up their native tokens, in proportion to the amount of tokens staked. Beyond the details o f the technology behind PoS Ethereum, it’s important to understand the big picture of what the Merge can change about Ethereum – and what it cannot.

It’s worth mentioning time and time again that Ethereum’s Merge event WOULD NOT reduce transaction fees, gas fees, service fees, or any fees of that sort for its users.

Ethereum has gotten a bad rep from its slow network speeds and high transaction fees, and many have hoped that the Merge would change the fact. Although Ethereum fees at present are  historically low, this news may come as quite grim: the Ethereum transaction fee has jumped by approximately 25%, with an average of $3 spent per transaction earlier this week. The increase is attributed to traders and holders alike hoping to take advantage of the Merge.

On the brighter side: as the Merge is one in a series of five anticipated upgrades of the Ethereum network, we can predict that infrastructure changes will affect service charges – but not in the near future.

In the meantime, users hoping to use the blockchain to roll out dApps and more can turn to other Layer 1 blockchains like Solana and Near – known for being Ethereum rivals that offer friendlier user fees, or Layer 2 Ethereum scaling solutions like Polygon and Optimism – which operate to save costs on service fees by “rolling up” batches of transactions on the Ethereum network.

Removing PoW mining processes from Ethereum means that the network is going greener. Moving to almost eliminating all of its energy consumption, the decision to go to PoS comes at a fine time as institutional blockchain adoption is hitting the limelight.

Within the past five years, negative attitudes towards using the blockchain have surfaced due to its ecological implications, and PoS Ethereum may as well calm down those arguments.

Last week, Bank of America – the US’s second-largest bank – released a report arguing that now, institutions and investors can enjoy the benefits of staking the second-largest cryptocurrency by market cap. Before, both investors and institutions alike were either reluctant or unable to invest in currencies operating under PoW.

The non-fungible token (NFT) sphere of crypto will also enjoy added social reputation points. As a common thread for NFT critics is to bring up the environmental impacts of the sector, NFTs and digital art under NFTs can now enjoy further appeal.

Three weeks prior to the expected Merge deployment date, financial regulators at the US Treasury Department’s Office of Foreign Assets Control (OFAC) sanctioned the Ethereum-based Tornado Cash mixer protocol. After the news, the crypto world was shaken with uncertainty regarding the possibility of regulating forces restricting their freedom to move around assets.

Although there still remains lingering implications, many developers and node operators have taken measures to censor transactions associated with Tornado Cash in order to protect themselves from the OFAC’s decision.

Although the Merge may have long-term benefits, proof-of-stake systems are expected to have more power concentrated in the hands of those who stake Ethereum.

In a worst-case scenario, entities and individuals who have stake more run the risk of being flagged and pressured by authorities like OFAC, which can result in “base layer censorship” –  or, being refused, systemwide, from processing transactions associated with government-sanctioned entities.

More importantly, the Merge has brought in further sense of community within users of the Ethereum network.

The Ethereum ecosystem has coordinated throughout setting up the complex process of the  Merge, and has proven that acting individuals are not only responsible, but also vigilant in keeping the network safe, secure, and alive.

As part of the PoS mechanism, Ethereum will implement more incentives for its nodes and validators to keep the network going. The new PoS Ethereum has the ability to recover from safety errors with slashing, network errors with inactivity leaks, and unfairness in transactions with user-activated soft forks.

User-activated soft forks (UASF) are divergences in a blockchain that leads to a lack of consensus or support from validators, and can be resolved at a later point in time. UASFs can be used to censor certain undesirable transactions that can be harmful to the network, from a malicious majority. However, PoS does not entail on-chain governance.

Ethereum is not the first PoS protocol out there, but it is setting up new standards for a new generation of the blockchain. As Ethereum’s PoS focuses on security and tradeoffs from its intensive maintenance, we can expect to see greater things from what’s coming out of the Ethereum blockchain relatively soon.