Why are SushiSwap Stakers Switching to Other DeFi Projects? 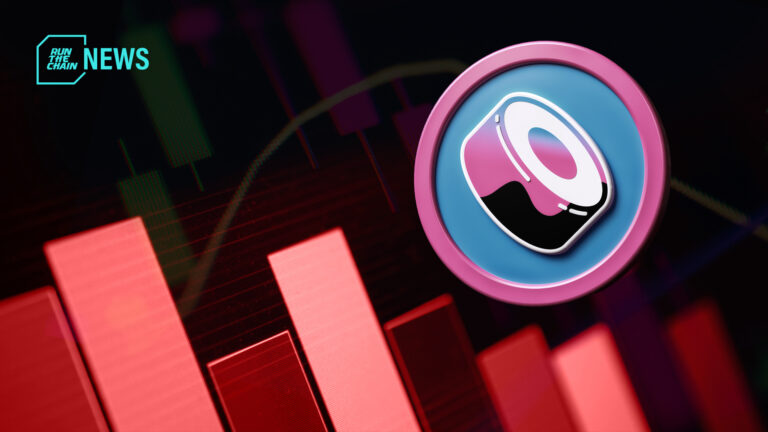 In order to keep the platform afloat, SushiSwap has implemented drastic changes in order to  respond to the bear market, causing many stakers on the platform to want to hop off.

SushiSwap’s project lead Jared Grey, made a proposal on the DeFi platform’s forum that staking fees are to be directed to and held in SushiSwap’s treasury for a year.

Grey also added the decentralised exchange can expect to see a new tokenomics model in the  future – and the difficult decision has brought many SushiSwap users to jump ship.

Currently, SushiSwap stakers stake SUSHI in order to get the xSUSHI token along with trading fees on the platform. The new proposal nixes this staking process, and the staked SUSHI would then instead go to the project’s treasury.

Grey’s difficult proposal comes after a string of bad events in crypto, amplified with the collapse of the crypto exchange FTX. As leading cryptocurrency prices have experienced massive dips and dives even more so within the past month, Grey wants SushiSwap to stay afloat by redirecting a portion of staked amounts and trading fees to the project’s reserves.

Expressing that SushiSwap requires around $9 million to operate annually, Grey has cut annual operating expenses to approximately $5 million – by renegotiating infrastructure contracts, scaling back services to its barebones, and “instituting a budget freeze on non-critical personnel and infrastructure.” But the reduction is not enough to keep SushiSwap afloat.

To help SushiSwap recover, Grey proposed to implement “a holistic token model that allows for the rebuilding of the treasury and delivers value for all stakeholders while reducing the fiscal liability carried solely by the protocol.”

However, this token model wouldn’t be fully implemented soon – with a tentative launch within Q3 2023, SushiSwappers would have to wait a bit longer to see changes enacted on the platform, once the proposal is accepted by the community.

“So, I propose setting Kanpai to 100% of fees diverted to the Treasury multisig, for one year or until new tokenomics are implemented, helping return Sushi’s fiscal resources to a competitive level. An additional benefit of Kanpai’s solution to the Treasury is the diversification of assets, which limits the need for market selling Sushi, which is a net positive for all stakeholders,” writes Grey. Kanpai refers to amounts diverted from activity on SushiSwap to be stored in its treasury.

As stakers on SushiSwap typically earn by locking their tokens for trading and protocol fee rewards, SUSHI stakers aren’t quite happy with the decision. But using SUSHI tokens simply cannot finance SushiSwap’s activities.

“However, as previously stated, Sushi is currently near full distribution of its token supply and has yet to capitalise on opportunities to diversify its Treasury and provide the necessary liquidity for ongoing operations,” wrote Grey.

Grey cites that SushiSwap currently has around 18 months left, if no action is taken. In drafting, Grey intends that the proposal is a way to “secure the future of Sushi by acting in its best interests together.”

As of writing, Grey’s proposal is leading with a yes – taking up 65% of votes. Grey has taken the position of Head Chef of SushiSwap for the past two months.

However, users have debated whether it’s right for a platform to take money from its investors.

With some users citing the Sushi team’s current salaries (valuing to over $3.8 million per year), and that it would amount to loss of fees that “xSUSHI holders are entitled to,” it would be difficult to see people remain on SushiSwap within the near future.

SUSHI has been losing 79% of its value over the past year, and is currently ranked the 10th most-popular decentralised exchange – with 24-hour trading volumes of $42 million. According to tracking data from Twitter user @hildobby via a DUNE dashboard, massive amounts of SUSHI have been taken out from staking upon Grey’s proposal – experiencing a drop of approximately 10 million SUSHI as of writing.

All Posts »
PrevPreviousUS SEC is Already Well-staffed to Tackle Crypto, According to Chairman
NextCan Goldman Sachs CEO Bring Bonds to the Blockchain?Next