Will 2023 be the CBDCs breakout year? 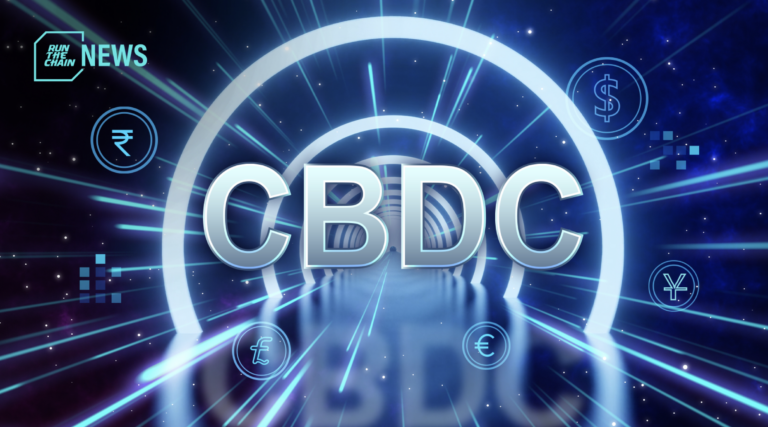 Many governments across the globe have already started trialling CBDCs. But will 2023 see a CBDC revolution?

In response to next-generation financial technologies like cryptocurrencies, central banks are now turning to CBDCs, or central bank digital currencies to compete with digital assets. In order to keep up with the times, the CBDC is an appealing answer for centralised banks to modernise payment systems.

Within the past year, over 100 countries have moved from deliberating to experimenting with CBDCs. Amongst those countries with launched CBDC programs include the Bahamas, Jamaica, and Nigeria. Some are also in a CBDC pilot phase, such as China, India, and Thailand.

China has been making headlines with its CBDC, the digital yuan (e-CNY). Over the past year, the People’s Bank of China (PBOC) recently published data showing transactions beyond 100 billion yuan (US $13.9 billion) for its digital yuan.

Transaction volume for the e-CNY at the end of 2021 was recorded at 87.8 billion yuan (US $12 billion)  – a 14% increase within a year. However, the increase is far less than the digital yuan’s 154% growth rate from June to December 2021 – when the PBOC last reported its data on the digital yuan.

But how can CBDCs be mainstream?

An International Monetary Fund (IMF) paper regarding instant payments notes that consumers don’t typically look for differences between instant payment systems and CBDCs as both are fast, backed by the central government, and are free to use.

CBDCs should provide tangible and realistic benefits in order to convince users to shift from using their regular digital payments provider to using a CBDC.

In order to appeal to more people, India’s e-rupee plan lets people who do not have bank accounts transfer funds to each other. Its competitor UPI only performs digital transactions from bank-to-bank, and does not allow for cross-border transactions. If CBDC global standards are put in place (possibly by India under its G-20 presidency), CBDCs can be transferred across the globe.

Other incentivisation methods can manifest in campaigns – such as Jamaica’s $2500 free money incentive to get a digital wallet, and tax benefits to foreign transaction fee waivers.

But in countries like Nigeria where there’s more restrictive financial laws, incentives look like banning people from withdrawing over $225 from ATMs over the course of a week, with any exceeding transactions also taking a 5% processing fee. Although Nigeria hopes to accelerate its cashless efforts via use of its CBDC, adoption of the eNaira only takes up 0.5% of the country’s population.

Some countries may also look to China as an example, which has banned cryptocurrencies, in order to expedite CBDC adoption.

While many countries remain enthusiastic about CBDCs, there are many reasons why actual adoption may not happen soon.

Designing a CBDC is a huge effort – and of course, central banks are experiencing difficulties in coordinating an entire country’s adoption process, not to mention technological errors.

India’s e-rupee is said to be, at the moment, “more inefficient” than traditional banking. According to a India-based banker, new financial systems such as paperwork reduction, and bulk trade settlement have to be brought to incentivize banks to keep using the e-rupee. The e-rupee’s trade volume has to exceed volumes that of other payment methods, or else the bank has to create more paperwork. It’s too much effort to keep it sustained.

Nigeria’s eNaira is also difficult to use – as its wallet application keeps throwing ‘account not found errors’, according to a source. “The entire experience has been quite frustrating, as the whole thing seems very half-baked.” Reviews for eNaira app also agree, especially that of Nigerian Android users.

As it stands, if central banks addressed these errors accordingly, CBDCs can have a chance at being a worthwhile competitor in the payments industry. However, people tend to be discouraged, seeing error after error.

While many countries see CBDCs as a way to bring money to the future – the road to widespread CBDC adoption will likely be slow, if CBDCs are even successful.

CBDC experiments have led researchers to believe that they are useful for facilitating cross-border payments for large amounts of money. In addition, banks and retailers can benefit from CBDC technology to make work more efficient.

However, some are of the belief that CBDC use should be restricted to just central banks and government entities – including Senator Cynthia Lummis (R–WO), who has been a major player in US crypto regulation. The US is in the midst of a 12-week digital dollar pilot with a few major banks and the Federal Reserve Bank of New York.

Denmark dipped out after a year of CBDC research, writing “it is not clear how retail CBDCs will create significant added value relative to the existing solutions in Denmark,” the country’s national bank wrote in a report in June 2022.

Many are concerned that CBDCs can infringe on personal privacy – and can enable government control over individual financial assets.

Ecuador had its own electronic currency based on the US dollar called DE which operated from 2014 until 2018 –  when the project was deactivated upon legislation that abolished the central bank’s e-payments system, outsourcing them to private banks.

Even without CBDCs, Iran has threatened to freeze bank accounts of women who refuse to wear hijabs. If governments can exert this much power, it is unthinkable as to what can happen if governments were to control individual bank accounts.

As countries such as the US are keen on maintaining a privacy-preserving stance for their digital dollar, others like India are exploring the option of integrating privacy technologies into their CBDC.

It all just depends on how the system is managed and maintained.

While many countries are trialling out CBDCs, everyone’s acting individually. If everyone’s CBDCs were to all be linked together, it may result in variations of design standards, and incompatible technologies.

Problems with standardisation don’t exist only with CBDCs, but also with crypto. Different blockchains have different ecosystems, but for the most part are incompatible with one another. Users can’t flexibly switch between Bitcoin, Solana, Avalanche, and Ethereum, unless they  were to use a bridge or a centralised exchange.

Linking varying CBDCs operating on different architectures can be very complicated, and a collaborative effort to globally link CBDCs should be prioritised.

As of the start of this month, India assumed the presidency of the G-20 – an intergovernmental forum comprising some of the world’s largest economies. In its G-20 presidency, India has high aspirations to coordinate international crypto regulation.

Although central banks are keen to bring on CBDCs, they may also disrupt existing financial systems – at the personnel level.

CBDCs require a whole new set of skills to operate. Including regulatory measures such as know-your-customer (KYC), money laundering, financial crimes, and terrorist financing, banks would have to onboard a bunch of new staff and train existing ones on these topics before executing them.

As such, many central banks are experimenting with ‘hybrid models’, where a central bank manages the CBDC, sends the CBDC to a regulated entity or approved financial institution or bank, and would  rely on intermediary entities to handle the busy work.

There needs to be a lot more to be done before CBDCs can be implemented in the best way possible.

All Posts »
PrevPreviousBitcoin in 2022, Recapped
NextWhat’s ReFi? What to Know Before it Goes MainstreamNext