WMG Partners With OpenSea to Expand Into Web3 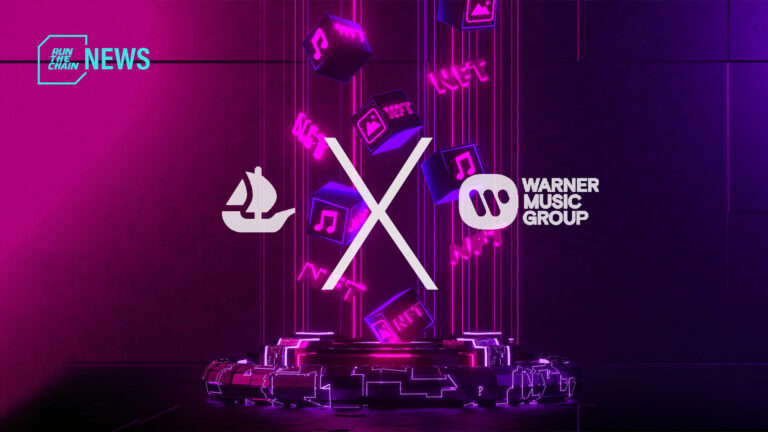 Mega-record label conglomerate Warner Music Group (WMG) that has signed Cardi B, Madonna, Dua Lipa, and Ed Sheeran, announced on Thursday that it would collaborate with NFT marketplace OpenSea to accelerate its artists’ expansion into Web3.

WMG artists will benefit from early access to new OpenSea products, improved discoverability on the NFT marketplace, and dedicated and featured sections of the OpenSea site for upcoming NFT projects. Artists will also receive specialized assistance from OpenSea team members to help them expand their Web3 fan bases as well as onboard existing fan communities into the NFT space.

Oana Ruxandra, Warner’s Chief Digital Officer said that “Our collaboration with OpenSea helps to facilitate these [fan] communities by unlocking Web3 tools and resources to build opportunities for artists to establish deeper engagement, access, and ownership.”

The first NFT collection will be released by Warner Records in collaboration with celebrity chef Jeremy Fall’s web3 startup, Probably Nothing.

Fall confirmed to Decrypt that the first WMG/OpenSea collaboration will be a release of NFT Label Passes for Probably A Label, the Web3 record label he co-founded with Warner Records last month.

Holders of the NFT Label Pass will be able to license songs from a members-only community music library, create and own stakes in community-generated, IP-backed virtual artists, attend exclusive live events such as artist meet-and-greets and dinners with music executives, and gain access to Probably A Label’s upcoming music releases.

The use of Web3 technology to allow artists and their fans to reclaim music ownership rights is central to Probably A Label’s mission. Fall believes WMG, a traditional music industry titan, is proving to be an excellent partner in this endeavor.

“They are the type of major label that is trying to enter the space the right way, and adapt to the current climate, what culture looks like now,” Said Fall. “They’re in favor of the artists and pushing the IP conversation forward.”

In recent months, other major record labels have rushed to expand their web3 presences and capitalize on Web3-related IP. Universal Music Group signed an agreement in May to allow its artists to release NFTs on the music-focused NFT marketplace LimeWire. Earlier this month, Universal hired Beyoncé’s music producers to lead Kingship, a virtual band based on the artwork of the Bored Ape Yacht Club NFT.