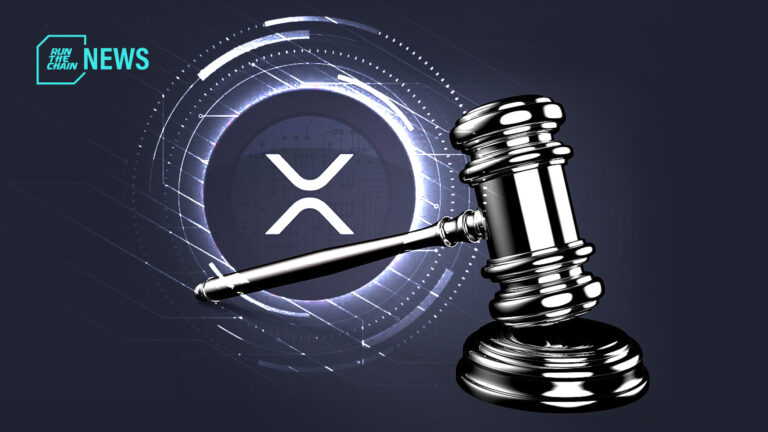 The US Securities and Exchange Commission (SEC) and Ripple Labs have filed motions for an immediate ruling whether Ripple’s XRP currency has violated US federal securities laws.

Over the past two years, both the SEC and Ripple have been filing discovery motions, but have not gotten to the main point: whether Ripple has been violating US securities laws by selling XRP.

The SEC and Ripple have respectively filed separate motions for summary judgement in the US District Court of Southern District of New York on September 17th. In filing for summary judgement, both parties hope to reach an immediate verdict from the court if either the SEC or Ripple has provided enough proof to determine if a violation has been made.

Summary judgements are usually submitted to courts when a party involved in a case believes that there is enough evidence for an immediate ruling without the need to proceed with a lengthy trial.

Both parties have called on Judge Analisa Torres to declare an immediate ruling on whether XRP sales have violated US securities laws, based on arguments filed in accompanying documents. These documents have since been posted to a federal court database since Friday.

Ripple argues that the SEC has not enough answers to prove that XRP sales are defined as “investment contracts”, whereas the SEC has been pushing that XRP sales are. According to Ripple, XRP profits are a result of “market forces of supply and demand”, rather than from a contract between Ripple and XRP token holders.

Ripple’s motion was made public via Twitter on September 18.

In December 2020, the SEC sued Ripple Labs, CEO Brad Garlinghouse, and Chairman Chris Larsen on allegations that Ripple had raised over $1.3 billion in XRP sales under unregistered securities transactions.

“Ripple publicly touted the various steps it was taking and would take to find a ‘use’ for XRP and to protect the integrity and liquidity of the XRP markets,” the SEC said in its filing. The SEC argues that Ripple’s executives have demonstrated behaviour that indicates selling XRP, and that XRP was bought by investors with the belief that XRP will spike in value over time.

Ripple has maintained the stance that XRP sales did not meet the standards of the Howey test – named after a US Supreme Court Case which describes a set of criteria that determines a transaction as an “investment contract.” If transactions are ruled as passing the Howey test, then the transaction will be considered a security and would be subject to disclosure and registration requirements under the Securities Act of 1933 and the Securities Exchange Act of 1934.

“Even if the SEC were to engage in a belated, post-discovery transaction-by-transaction analysis to identify XRP offers and sales with contracts, its claim would still fail as a matter of law. Not one of those contracts granted post-sale rights to recipients as against Ripple or imposed post-sale obligations on Ripple to act for the benefit of those recipients,” states the filing.

Ripple general counsel Stuart Alderoty notes that even after two years of litigation, the SEC still is “unable to identify any contract for investment” and “cannot satisfy a single prong of the Supreme Court Howey test.”

Is this further regulatory action from the SEC?

On September 17, Garlinghouse tweeted that the filings indicate that the SEC is overstepping their boundaries. “They want to remake it all in an impermissible effort to expand their jurisdiction far beyond the authority granted to them by Congress,” he said.

Today's filings make it clear the SEC isn’t interested in applying the law. They want to remake it all in an impermissible effort to expand their jurisdiction far beyond the authority granted to them by Congress. https://t.co/ooPPle3QjI

Against this, the SEC argues in their motion for summary judgement that an “investment contract” can exist between a firm and its investors without the existence of a contract, any rights granted to the purchaser, and without any obligations to the issuer.

However, Ripple counteracted in its motion “that is not and should not be the law, because without these essential features there is nothing to which the Howey test can sensibly be applied.” XRP profits come from “market forces of supply and demand,” which has been “conceded” by the SEC, according to Ripple’s motion.

Once the court reaches a summary judgement on the case, it is expected to have a large impact on defining cryptocurrencies under the eyes of US federal law. Ongoing debates have emerged  whether cryptocurrencies constitute securities under US securities laws, with the SEC notoriously cracking down with attempts to regulate.

Ripple and the SEC both agreed to expedite the lawsuit on Friday to get an answer on whether $XRP is a security or not.

From the updates of the case, it sounds like it’s in the favor of @Ripple pic.twitter.com/SAyl4VLxdM

Onlookers anticipate that the Ripple Labs vs. SEC case will come to a conclusion very soon, but it is possible that the SEC will file a settlement in the aftermath.

All Posts »
PrevPreviousInstitutional Investors Eyeing Opportunities Post Ethereum Merge
NextTerra’s Do Kwon: I Am Not “On the Run”Next